After 21, life is pretty much downhill. Sure you’ll remain in your physical peak through your 30’s, but by the time you’re 33, you won’t be able to tell the difference between a 12 and 21 year old to save your life.

I didn’t start doing anything important in life until 30, unless you count accepting the job that got me there, then 25. Before that was nothing more than a learning phase, where school, jobs, and hobbies taught me more than accomplishing anything of tangible value.

If you’re lucky enough to still have your youth, here are 22 valid ways to spend it…

1. Jump Out of an Airplane – You’ll eventually reach a point in life where you have to face  mortality. It’s better to get it out the way young so you don’t waste your adult life being afraid to take chances. Life never gets easier.

2. Experiment with Drugs – By the time you’re old enough to have a teenage kid, cannabis is likely to be legal wherever you live. In many cultures, other drugs are considered acceptable, like Ayahuasca in Peru (DMT and The Consciousness Sliders – Thought for Your Penny). Either way, you have a few years to pick up and drop some bad habits in relative safety so long as you’re vigilant and resilient. Try vaping them in an ecig… Dissolving Drugs in Vegetable Glycerin for Vaping

3. Get Laid – If you’re still a virgin, it’s time to hook up. While the media may focus on the percentage of people who wait till they’re married, etc., etc., sex isn’t a big deal to most adults, and when you look back on your life, it’ll be more fondly than anything else about all the irresponsible things you did.

4. Learn a New Language – Learning gets harder and harder the older you get, and there’s never a time in life you won’t wish you spoke another language. Rosetta Stone makes millions selling educational language software people use as often as home gym equipment. Get ahead of the curve.

5. Quit Your Job – Anyone will hire you while you’re in your 20’s. You don’t need to take anyone’s crap or stick to a job you don’t like. Job hop like there’s no tomorrow, because one day there won’t be. Still have bills to pay? Check out 30 Easy Ways to Make Money Online.

6. Sell Everything and Sleep in Your Car – You’re already starting to get bogged down with debt, bills, and random stuff you don’t need. It’ll clutter your life more and more as you get older, and you’re going to sell it all eventually, so you may as well do it now. Whatever isn’t sellable, donate to a charity until you’re down to whatever can fit in the trunk of your car. You have plenty of time to rebuild later. How to Live in Your Vehicle

7. Travel the World – The number one thing people want to do more and more as they get older is travel the world. Don’t wait until you’re 50 and living in an RV off your 401k and social security. These fixed-income retirees can’t afford to have any real fun. At 22, people will welcome you anywhere you go, so go travel and see the world. Everyone will be jealous when you get back, even if you had to sleep on a sidewalk for a few nights. Save Money Travelling by Sleeping in Your Vehicle

8. Eat Unhealthy Food – Your 30’s are just like your 20’s, but with longer recovery times. Take advantage now of binging on a variety of junk food, because one day that stuff will kill you, so you’ll end up hiding in gluten-free, sugar-free, fat-free veganville with everyone else.

9. Give Up and Fail at Something – One of the hardest things to do in life is to learn how to recognize and cut your losses. There’s only so much time to do so few things, and the older you get, the less time, money, and even energy you’ll have to do them. Learning to fail and give up while you’re young enough to recover is a worthy investment in your future.

10. Seek Out an Idol – We all have lists of living people we’d love to meet. Track one of them down and meet them while you’re still young enough to appreciate it. The older you get, the less idealistic you’ll be. Watch some old Joan Rivers footage or her cameo on Louie – it doesn’t matter how old you are, that story where you tried to bang your celebrity idol will be a good one to tell.

11. Look for Holes in the Wall – Now that you’re 21 in America, the world is your oyster. There are hundreds of corporate chain restaurants, clubs, happy hour spots, bars, and more looking to lure you in to spend money. Learn to find those hole-in-the-wall secret spots that are unique to your area. Nobody wants to turn 40 realizing they spent their entire life at work, school, home, and Applebee’s.

12. Go to Vegas – Everyone has to see Las Vegas at least once. The city of sin is one of my favorite places in the U.S., although the strip is highly overrated. Go gamble and live in excess for a weekend or a week. Live it up and do things that will put a smile on your face later in life when you look back.

14. Move Somewhere New – Tell someone old that you’re moving, and they’ll commend you for being brave. As you age, “responsibilities” like kids, mortgages, and other bills pile up. If you don’t go now, you’ll never go.

15. Go to a Music Festival – If you’ve never been to a music festival, you need to go. You’re in the target demographic for all the best music right now, so enjoy it at the peak. Check out Coachella, EDC, Rock the Bells, or whatever you’re into. 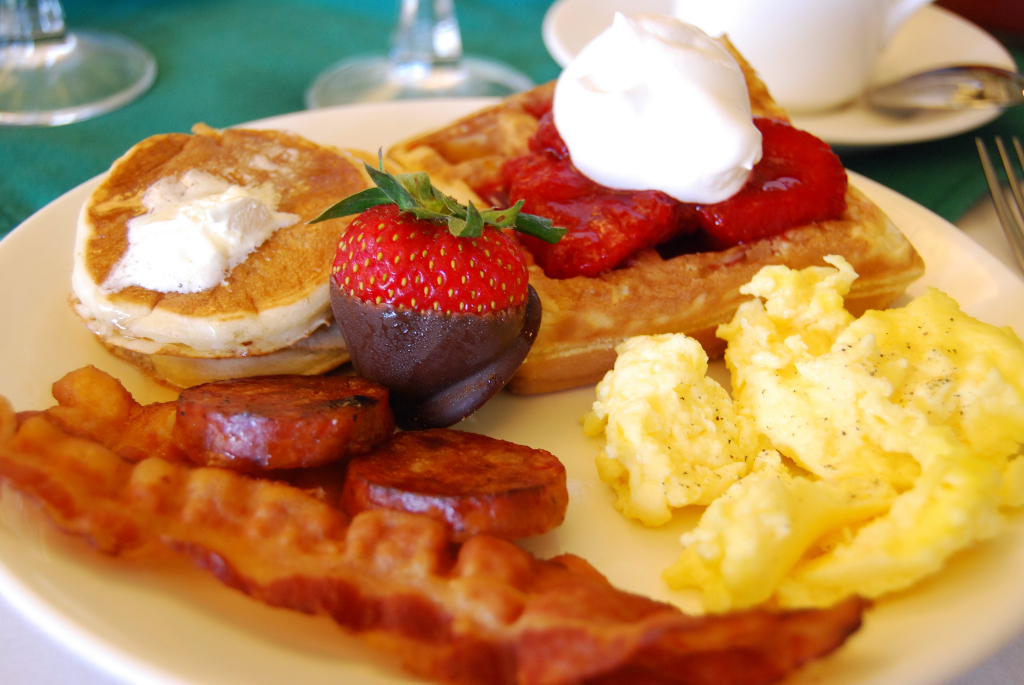 16. Eat Breakfast at an Expensive Hotel – One of the most useful skills I acquired in life was stealth. I’ve snuck into a lot of places, and it doesn’t work like Mission Impossible or any spy movie would have you believe. Start small by confidently walking into the most expensive hotel buffet you can find in your area. When you’re ready to amp up the difficulty, check out http://thoughtforyourpenny.com/2014/10/how-i-snuck-into-the-cannabis-cup-and-industry/

17.  Help a Kid – You don’t need to have kids yet, but it’s nice to keep in touch with your inner child by helping to put a smile on the face of a child. Remember all those times you were younger and the scary world was filled with scary adults? Find a way to volunteer to help bring joy to the life of a kid.

18. Talk to a Senior Citizen – One night sit down and talk to someone in an older generation. Pay attention to what memories they hold most dear. Ask questions and delve deep into their lives and what mattered the most. This will help guide your own decisions in life.

19. Face Your Biggest Fear – It’s never going to get easier to face your fears, and many people never truly live life because they’re afraid of obstacles. You’re at an age where you could easily overcome anything, so learn to deal with fear by facing it head on in a creative way.

20. Determine How You Want to Look – I have tattoos and stayed thin. A lot of more muscular guys my age are getting fatter, while I’ve remained pretty much the same. This wasn’t an accident. Your body will stop growing soon, so making changes will get more difficult. If you want to gain or lose anything on your body, do it now.

21. Develop and Pursue Your Passions – There’s never an age where you shouldn’t be pursuing your passions to the best of your ability. You have a limited time in life, and money isn’t what you’re going to look back on with the most fondness, unless you’re Kevin O’Leary. Figure out what makes you happy, and follow it.

22. Fall in Love – If you haven’t already, allow yourself to fall head-over-heels in love with someone. Sure it’ll probably end in a heated fight when you both realize you have nothing in common besides loving each other, but it’s a time in your life you’ll look back on fondly either way.

Brian Penny is a former Business Analyst and Operations Manager at Bank of America turned whistleblower, troll, and freelance writer. His work has been featured in Huffington Post, Lifehack, Hardcore Droid, Cannabis Now, Fast Company, and The Street.

Something Interesting I Learned from Quora Today…

Benefits of Gaming, Eating in, and Making Money Online

Outdoor Tech has long been known for making, well…outdoor technology. We’ve played with several of their Bluetooth speakers over the

I have autism. Those words are difficult to say, because I grew up in the 20th century. That means my